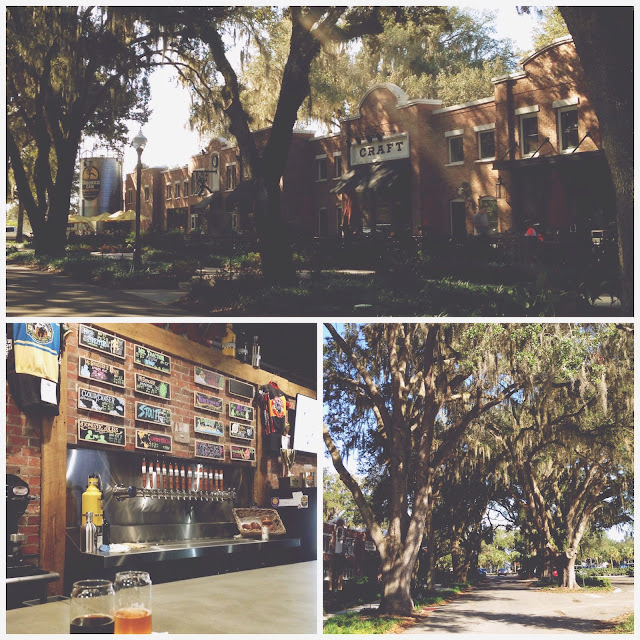 Winter Garden certainly did not disappoint. The town is adorable, very much reminded me of Niagara on the Lake. Our two shows at Crooked Can were great – man, what a place! Huge thanks to Robert (and crew) for having us, and sending us off with a few tasty beverages. 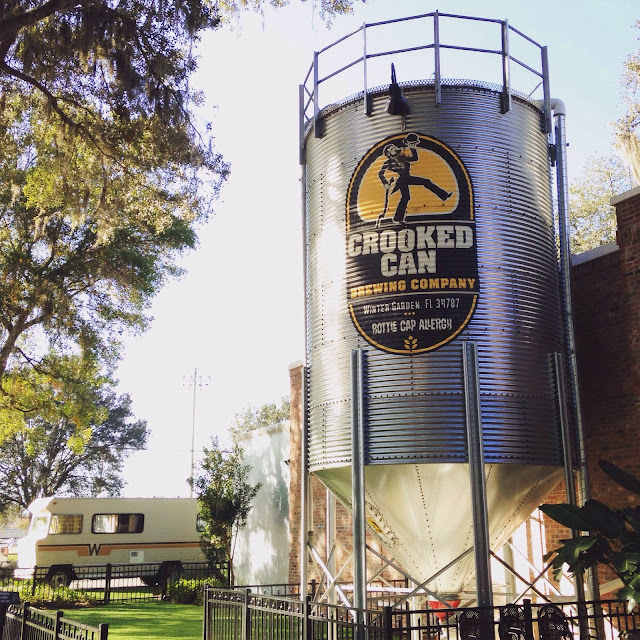 After Saturday's show, we pulled out of town and headed to the East coast. Made it to Cocoa Beach and hunkered down at a rest stop on I-95 for the night, the next day we made the trek South to the Keys. Soon enough we were heading over Hwy 1 and crossed into the islands. We pulled into an RV park around 5pm and found that the office was closed (it was Sunday and we soon discovered it was also a long weekend and everywhere in the Keys was booked solid). While driving around trying to figure out where to stay, Brad found a great little county-run park, right on the coast. The beach was gorgeous, there were public restrooms and free wifi - YEAH BUDDY! The only catch was that the park was only open until 6pm - so we decided to park for the last half-hour and see if we could figure something out. As we rounded the entrance lane, we came across another Winnebago Chieftain (older model) and both kind of chuckled. Soon enough we were greeted by a slight, older gentleman wearing baggy clothes and a toque.

And just like that, we found our first Winnebago friend. He gave us the scoop that the park was open from sun-up to sundown, weekdays are free but weekends are $5. Folks around here down’t take too kindly to the campers, trying to get them run outta town on many occasions – but you can park at the WinnDixie up the way and no one seems to bother you there – cops haven’t been around in weeks. And so, when the park manager came around to tell us it was closing time, we fired up the rig and headed to the WInnDixie. To be honest, it was a little strange to be parked in a bustling parking lot, knowing that we were staying for the night – it’s one thing to pull into a rest stop around midnight when there is no one around and tuck into bed – but this was not the case. There was a constant flow of cars and folks, hustling around us to get their last minute groceries before the holiday on Monday. But we tried to make the best of it. I fired up the stove and cooked dinner, we ate and cleaned up, then I retired to the ‘bedroom’ and cracked the spine on “Travels with Charley” (thanks mom!). 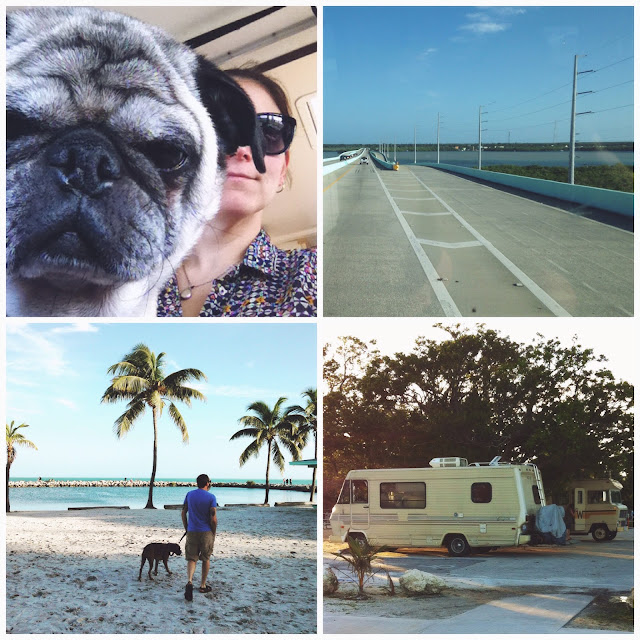 The next morning, we were on the move at 7:30am to hopefully snag a great spot at the park, and when we arrived we were the first ones there – the beachfront spot was ours. We opened the windows and soon the ocean breeze was moving through as we waited for coffee – sleeping in the WinnDixie was definitely worth it. Soon the search was on for a place to stay the night, but we just couldn’t catch a break and knew we’d have to head out of the keys. I spent a few hours sitting on the beach, looking for more gigs, while Brad found us a place to stay up in Naples (3.5 hr drive North - but close to our gig on Wednesday night). Around 3pm we packed up and hit the highway (again) and by 7pm we were pulling in to Lake San Marco RV resort - holy nice!

The resort is meticulously maintained, a mix of park model homes and RVs – some full timers and others just passing through. We have a nice grassy spot with a patio and picnic table and are staying put until Wednesday. It’s nice to be plugged in to shore power again.

Looking forward to playing at Momentum Brewhouse on Wednesday night – every brewery has been a blast so far. After the gig we’re heading north to Tallahassee – hoping to get a few hours on the road on Wednesday night after the show, so we don’t have an 8 hour drive on Thursday.

We’ll catch you back here soon, I’m sure Alabama will have some interesting stories to reveal. In other news we finally broke our streak of eating McDonalds everyday, I know... but the $1 sausage burritos are so friggin' good (even though they sound totally gross but you gotta trust me on this one).
Hope this week has been treating you kind so far.
-a.