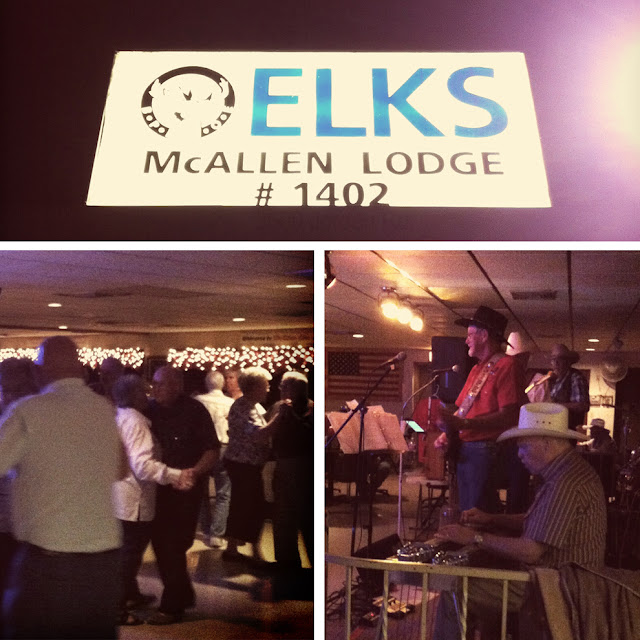 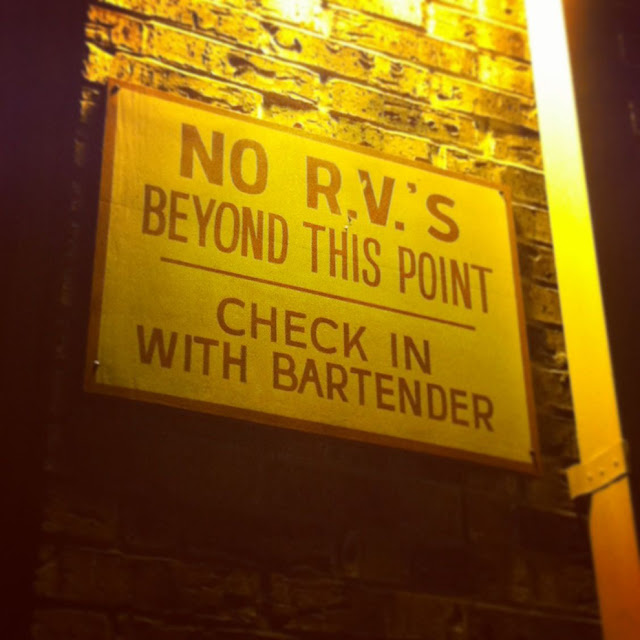 On Friday night we joined the back of the long line that assembled outside of the McAllen Elk Lodge (equivalent to a legion). The evening plans included an $8 fish dinner and some live music by Sipes & The Country Playboys (featuring our friend Paul).

As we slowly slinked through the endless line, we finally approached the hot bar counter. “What’ll ya have darlin’?” the lady asked. The choices were such: beer battered fish, cornmeal battered fish or boiled fish – which appeared to be filets lounging lazily in an oil pool. Beer batter it was. Followed by a heaping scoop of dressing-drenched coleslaw, then the French fries and finally, the crown jewels, the hushpuppies. The entire plate was a yellowy-beige hue. It appears that vegetables are somewhat of a rarity in these parts.

The lodge was packed, as the sea of Stetsons and snap shirts finished up their meals in anticipation to bust their humps on the dance floor. The air was starting to haze from the thin streams of blue smoke that arose from various tables (it appears that the no smoking by-laws haven’t quite reached this part of the south yet).

As the amplifiers were switched on, the band began to play. Clean telecaster tones swirling with liquid lap steel swells filled out a steady stream of classic country songs. This was the place to be. Couples two-stepping across the parquet floor, only stopping to dip the soles of their boots in the cornmeal-filled buckets that lined the dance floor (dance wax, as the label would indicate). The kind of place where $5 would get you and your bearded honey two bottles of Busch, plus have enough change left over to give the table service a tip. The kind of party that swiftly wraps up at 9:30pm on the dot, and as quickly as the hall flooded full, it emptied just the same.

After such a rip-roaring Friday night, we decided to hunker down on the island on Saturday. After all, it was our last night staying in the ritzy, ocean front RV park. When Sunday morning came, we started the pack-up process, secured the dishes and hitched our little home to the back of the truck once again. We were leaving the coast and heading into the thick of things. Back to Mission, back to the Circle T (this time we secured a lot in the nice part of the park – right across the street from Paul and his lovely wife Sue). Within an hour of setting up, we had folks coming up and introducing themselves (fellow Ontarians, who naturally spotted the plates). One kind man even gifted us with a bag of fresh oranges from the tree in his yard.

And so here we’ll stay for the next month. 30-days to try and figure out what we’ll do next. 30-days to finesse my shuffle board skills and eat enough fresh oranges to render my mouth full of canker sores.

This afternoon we’re off to another community jam. Brad and I have hatched an idea, which might just lead to a few gigs. We’ll let you know how it goes.
Labels: mission roadtrip rv texas