A town after my own heart – Tofino 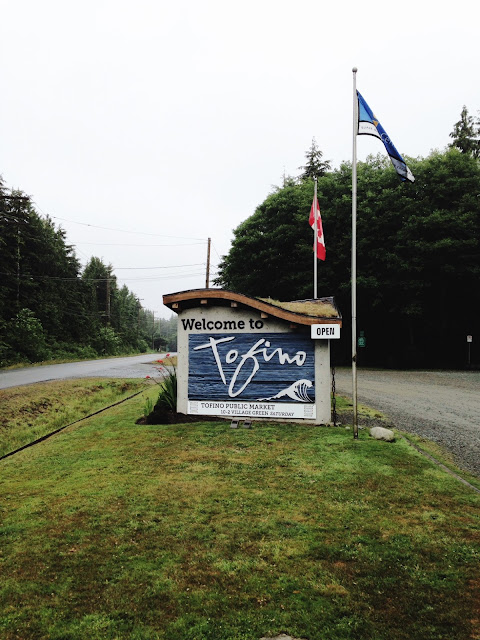 I remember the first time I heard about Tofino. Brad and I were watching an episode of the Rick Mercer Report and he was on location in the tiny town learning to surf. I remember it looked wild beautiful and of nothing I've ever seen before.

When we started planning our BC tour dates, the only must-visit town on my list was Tofino and as luck would have it, we booked two shows there.

We left Duncan last Thursday around mid-day and made a stop in Port Alberni to visit Brad's Uncle Dave. Dave has a pretty cool job – he is on the flight crew of the famed Martin Mars Water Bomber. Being family and all, we got a first class tour of the plane, which is otherwise closed to the public. 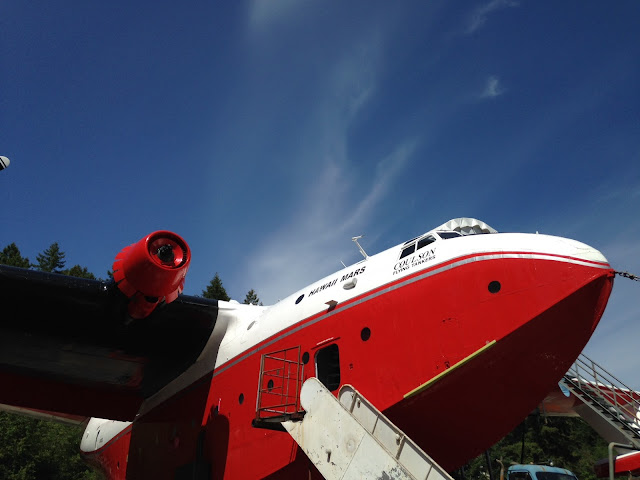 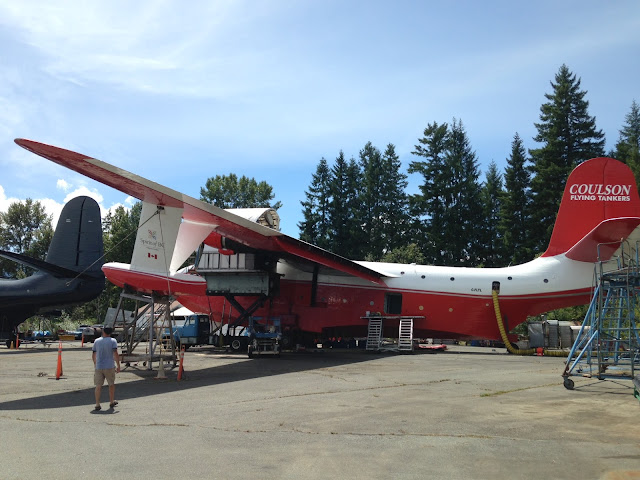 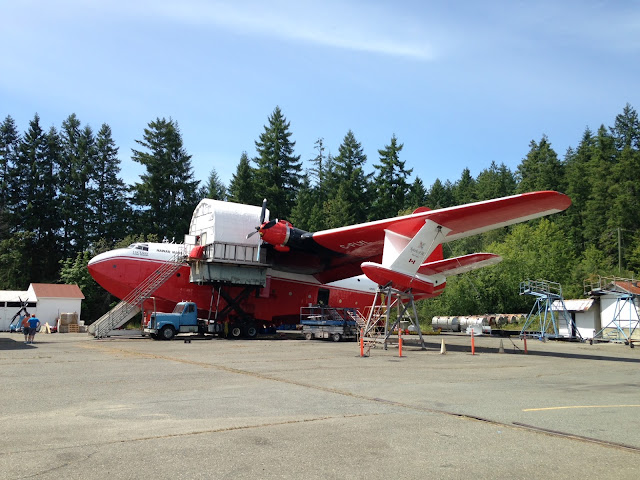 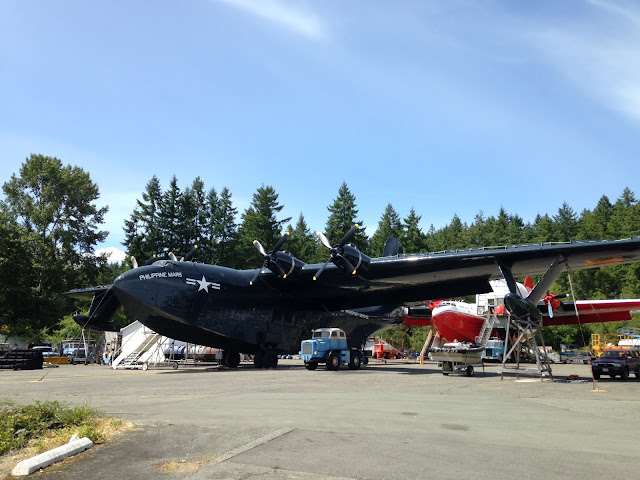 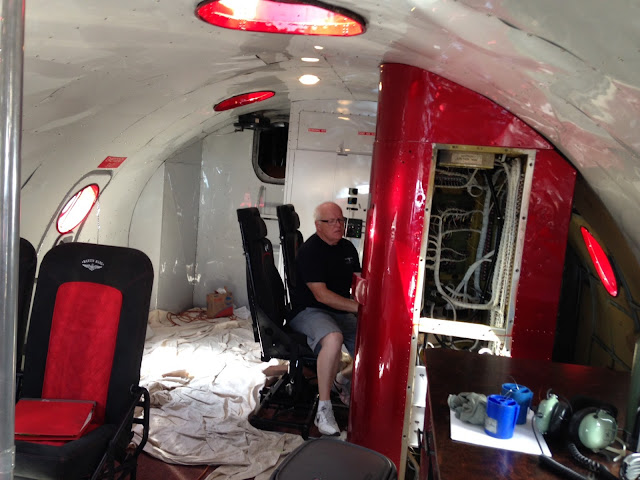 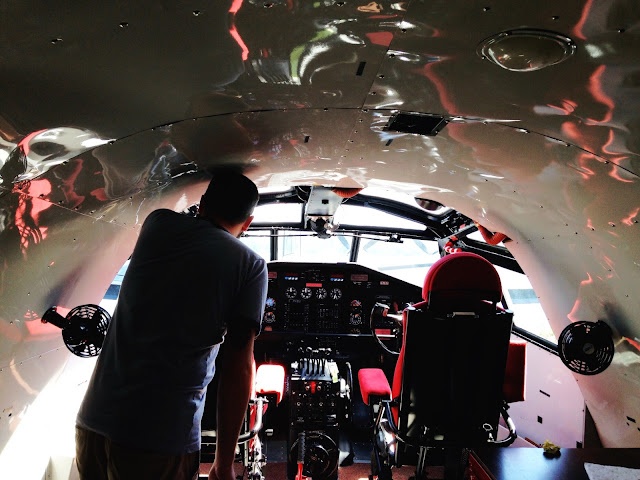 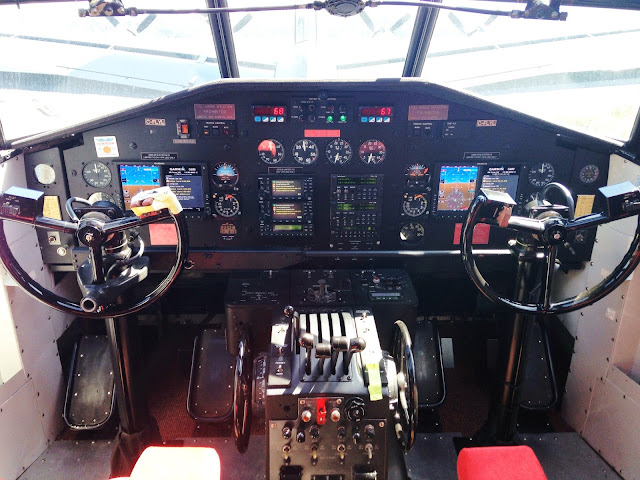 After touring the plane and taking turns sitting in the pilot seats, we bid farewell to Dave and continued on Hwy 4 out to the Pacific Rim. The term Highway is used quite loosely to describe the road out to Tofino. It was nothing more than a paved logging road – full of sharp twisty-turns around cliffs and constant ups and downs – very reminiscent of the coast highway in California. It took us a gruelling two hours to make our way out to the peninsula, but lordy when we got there it was spectacular. Giant redwoods, long-stretching wild beaches and surfboards mounted on every passing car, van and bicycle. 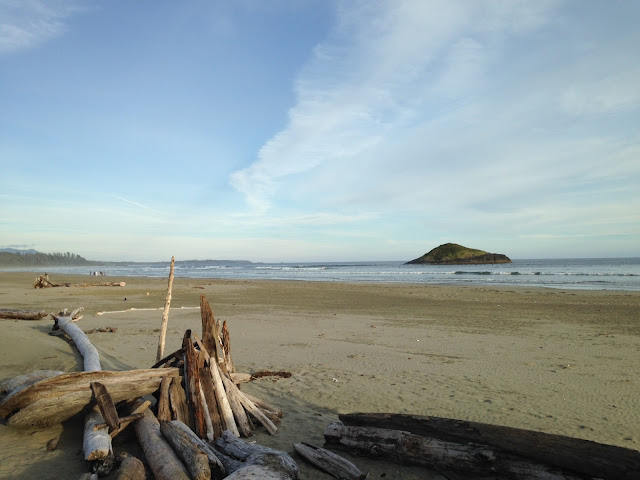 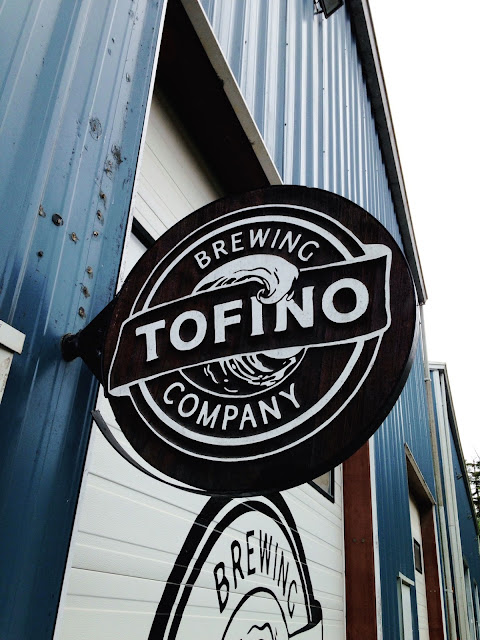 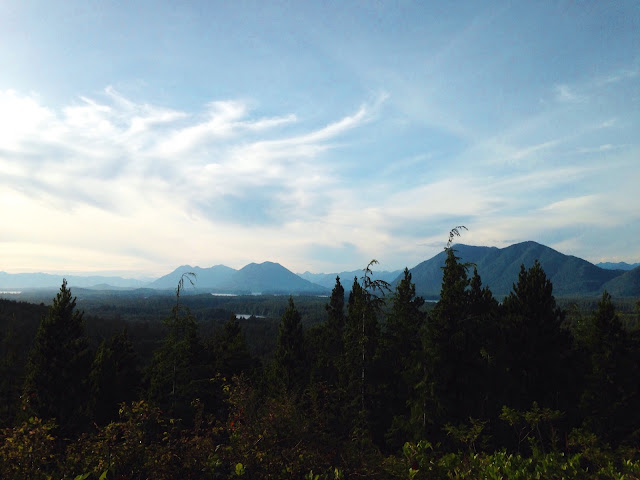 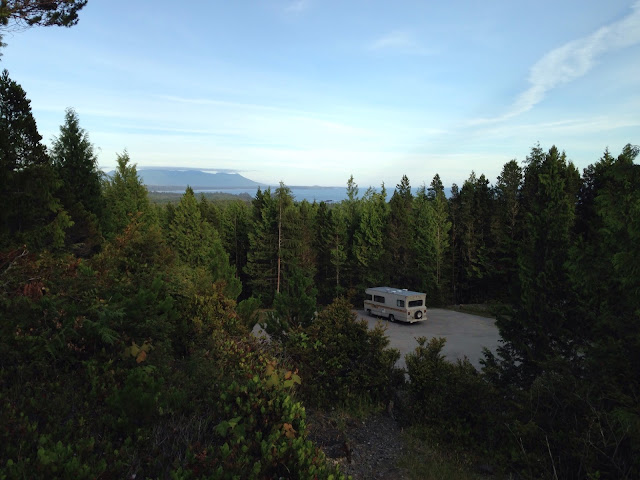 We covertly slept that night in one of the trailhead parking lots just outside of town. Friday we took to exploring the town (which isn't very big and didn't take long). We poked around in all the little shops, drank some coffee and ate the biggest 'old fashioned plain' doughnut I've ever seen. We also hit up the local brewery and enthusiastically drank our way through their entire lineup (resulting in a nap in the parking lot before we headed back out to the beach – the benefits of traveling with your own bed).

The next day we played a show at the Tofino Public Market, held in the centre of town at the park. The crowd was a fair size and just before we took to the stage, Anne the market manager casually mentioned that Sarah McLachlan was strolling around - and then she pointed her out to me (gah!). My hands instantly began to sweat, my heart rate quickened and I was nervous. Afterall, this was the woman who single-handedly spawned my entire musical path (... after I attended a Lilith Fair concert when I was 15 years old I immediately signed up for a guitar class and the rest is history). I couldn't believe she was like 'right there'. I couldn't bring myself to approach her, or even covertly stand behind her while getting Brad to take a photo (he urged, but I just couldn't, lame-o me).

We played two sets, which flew by, sold a bunch of cds and left the market feeling pretty damn good. We had a second show that night in Port Alberni, back across the two-hour road from hell. What seemed like four hours later we pulled into the parking lot of Char's Landing – an old church turned performance hall/public house. We played to a wonderful group of folks and passed out pretty much right after the show.

The next morning we stocked up on groceries and headed back out to Tofino (clearly we're suckers for punishment). We had a show that night (Sunday) at Jamie's Rainforest Inn. The folks at the Inn were super awesome, supplying us with tasty beverages during the show and an amazing meal at the end. Then they handed over a room key - BONUS! When we opened the door to our room we cracked up laughing. The room consisted of four sets of bunk beds and two bathrooms with sinks and toilets only - no shower (the only thing were were looking for, since we were going to sleep in the RV anyway). We stood outside the room for a few minutes trying to figure out what to do, before heading to the front desk to inquire. While making our way to the front desk we passed by a door that indicated there were shower facilities inside, so we tried our keycard and it unlocked. There were found eight stalls of clean and fresh showers (much like at an RV park). Having a roomy, stand-up shower with unlimited hot water was the best perk of the night.

The next morning we sat in the parking lot of the Inn, drank our coffee and mentally prepared for the drive back across our favourite highway.