If your going to San Francisco.... 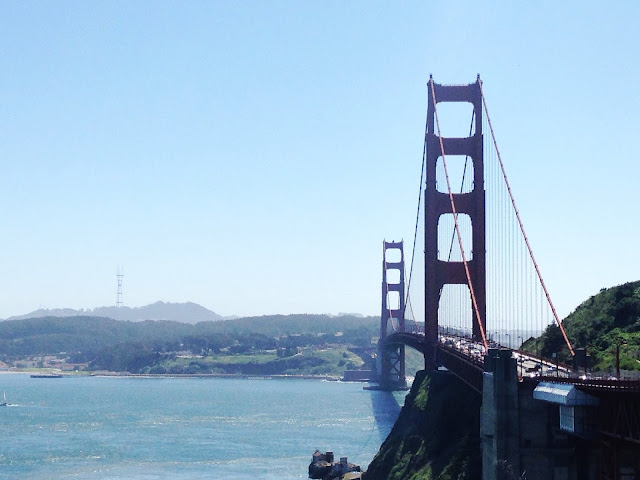 Silicone Valley. The land of self-driving cars, tech nerds and crazy busy highways.
We made our way into Mountain View from Morgan Hill for our show at Red Rock Coffee and were extremely lucky to find a parking spot on the street right outside of the venue. Money. While we were sitting in the rig awaiting our load-in, two faces appeared in the window and scared the shit out of me. My brain finally registered that it was Jim and Jude and not a couple of curious weirdos. We chatted for a bit and got caught up, then headed inside to set up for the show.

The stage/performance area was on the second floor of the building and was a huge room. There were already a ton of folks sitting up there and most of them stayed for the show. The night was great! We met so many cool folks who loved the music and happily cleared out the merch table. We pulled out of town that night with full hearts and a stuffed tip jar :) 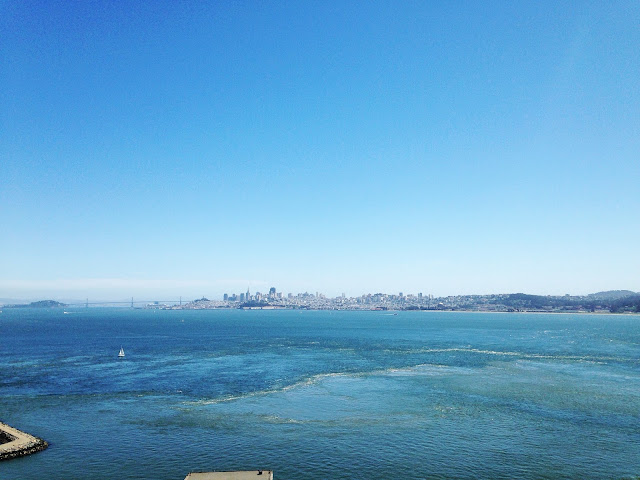 Two words. San Francisco.
It didn’t take long before I knew I loved this city. The hills, the views, the crazy amount of Japanese tourists - all of it. We stayed at a {sketchy} RV park in Vallejo and took the bike in for an afternoon of sight seeing. Our first stop was to Sausalito - man, this place is gorgeous and awesome. My sister told us to try and check out the Record Plant - the famed studio where Rumors was recorded (not to mention a ton of other incredible albums). With a bit of googling, we found the location - tucked away in the industrial-area of the harbour. The studio is not in operation anymore and instead houses a yoga studio/retreat centre. We poked around and were invited inside for a mini-tour after we were caught meandering about. The place still had all the mojo and was incredible. 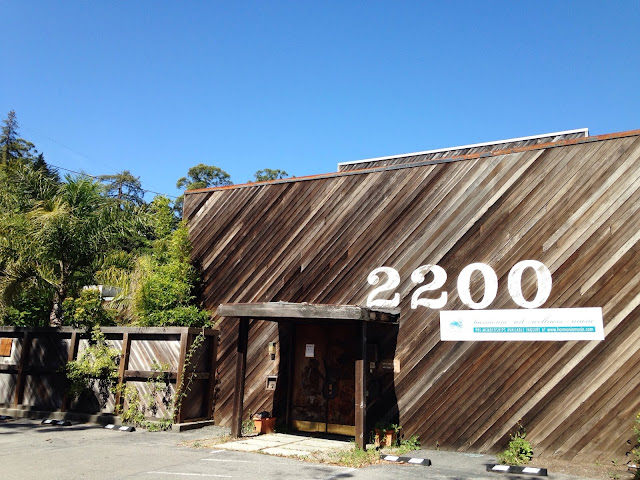 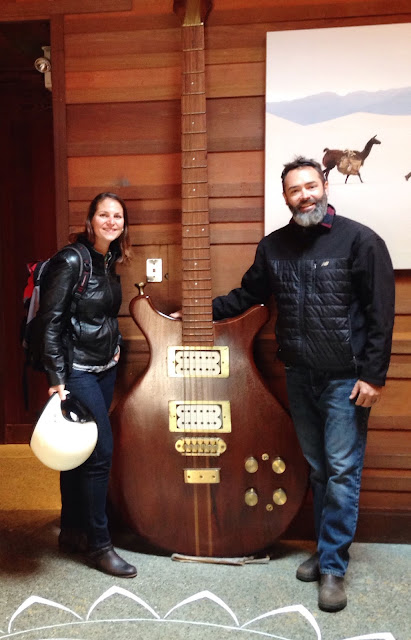 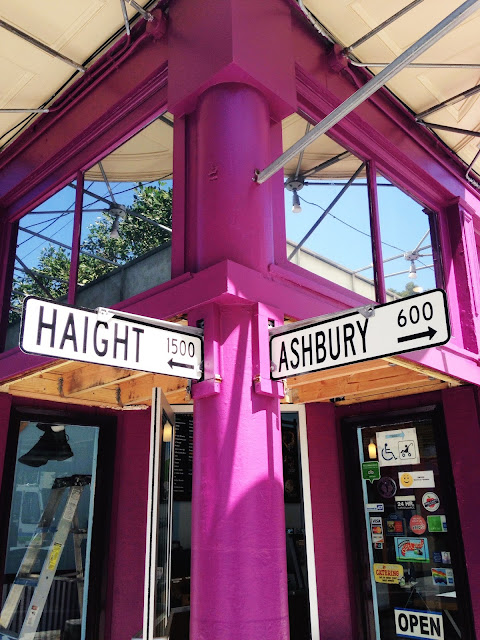 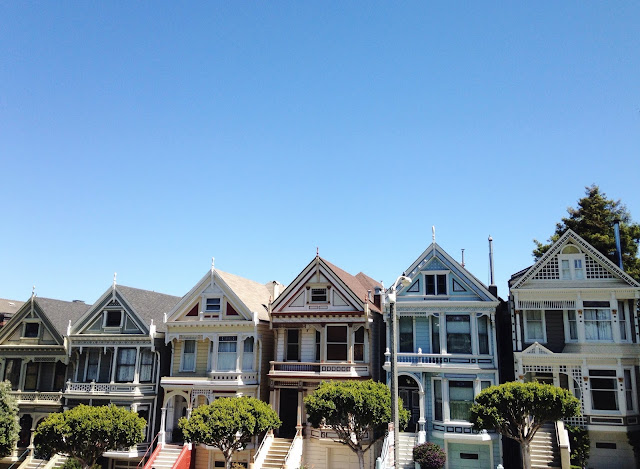 After Sausalito, we headed into the thick of it. Our first stop was Haight-Ashbury. We parked the bike and walked a few blocks. The smell of pot and unbathed hippies filled the air. It was a very eclectic scene. We left H/A and toured around on the bike for a bit. Up and down the crazy hills and taking in all the charm of the victorian mansions painted in an array of candy-coated colours. We even made a quick stop to check out the famed Painted Ladies. There were so many folks on the park hillside that my dream of recreating the Full House intro was quickly dissolved. Since it was getting on in the afternoon and we didn’t want to experience the San Fransisco rush hour, we bid farewell. We made our way out of the city, through the rainbow Robin Williams tunnel and blazed across the Golden Gate Bridge. The bay was calm, the sun was shining and it seemed like the perfect way to cap off our visit.

The next day we started the trek North once again. We passed through Napa and Sonoma, where every inch of hillside was covered in row after row of grapevine, and made our way back to the coast highway. That evening while we were looking for a place to hunker down for the night, we came across an unmanned state park campground. The signage stated there was an 18’ maximum length for RVs – hm, that wasn’t going to work. We started to back out and noticed a gravel road that seemed to lead to the “Day Use Only” area. With absolutely no one around, we decided to see where the road would lead. The road was less than a mile long and at the end was a small grassy area on top of the oceanside cliffs. It was stunning. We decided to make some dinner and wait to see if anyone would come around to boot us out. We ate, had a few drinks and watched the sun set over the ocean - it was perfect. Around 10pm it was evident that no one was coming to lock the gate, so we climbed into bed and had a great nights sleep. The next morning we woke up to a heard of free-range cows surrounding the rig. There was at least a dozen of them. All standing there, crewing on grass and watching us from the window. Winnie was loosing her shit and was whining to be let outside. Once we were up and moving around inside, they quickly lost interest and started their migration to another field. 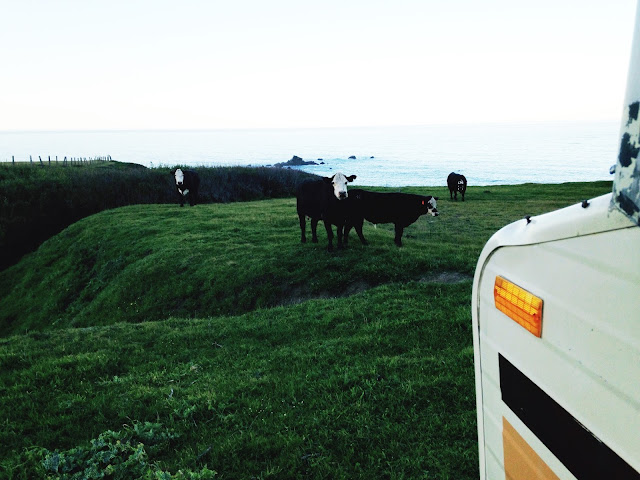 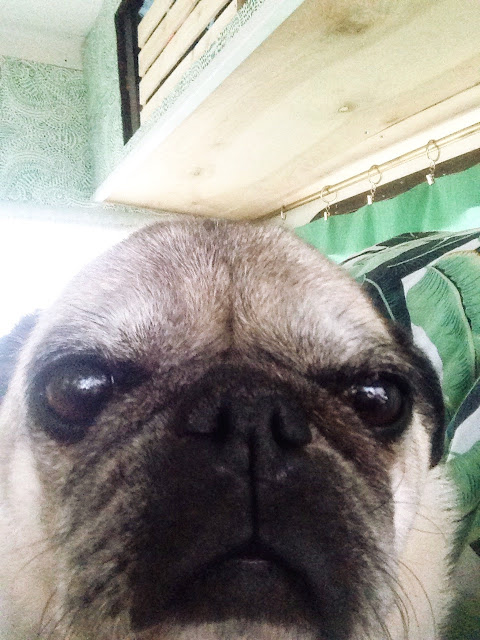 Two days later we made it to McKinleyville. Two solid days of switchback turns and steep inclines up the so-tired-and-totally-over-it coastal highway. Northern California has a very different vibe – the sky is more grey than blue and a thick curtain of fog hangs around until mid-afternoon. Gone are the palm trees, replaced with evergreens and giant redwoods. We played a show at Six Rivers Brewing - which was a great spot with a beauty selection of brews. It was our last gig in California and it was a great way to cap off our time there.

The next day we crossed the state line into Oregon. It was nice to see that the highway rest stops had resumed (there were none in California) and it wasn’t long before the Marijuana Dispensaries started appearing (recreational pot is legal in the state of Oregon and Brad felt it was only right to exercise this civil liberty).

We made it to Eugene for our Sunday afternoon gig at Sweet Cheeks Winery. This place was gorgeous – perched atop a hill, nestled in the rolling landscape. As we started unloading our gear we saw another RV making its way up the long driveway and right away knew it looked familiar – it was Jim and Jude! We played to a great crowd of folks, drank some fantastic wine with friends and had an all ‘round beauty Sunday. 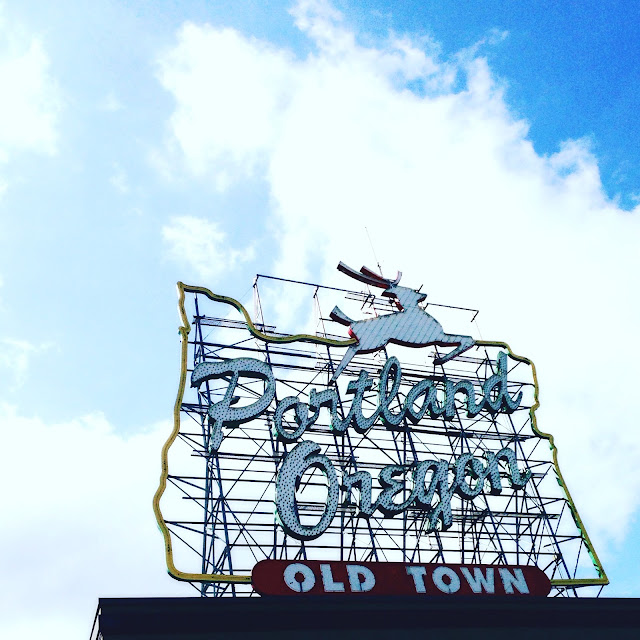 The next day we made our way to Portland. We grabbed a spot at an RV park in Jantzen Beach (across the river) and drove the bike into the city to do some exploring. Portland has a great vibe. We went to a few guitar shops, drove through some of the gorgeous old neighbourhoods and managed to get caught up in the rush hour traffic. It was a quick trip into the city but we’re coming back for a few shows in October and I’m looking forward to having more time to see what the city has to offer.

We played on Tuesday night at a great little spot in Hillsboro – just outside of Portland. Owned by Mike and Gayle - who we met through our good buddy Marc. It was a fantastic night! We'll definitely be stopping back in on our next visit.

Today we're hanging out in Olympia, getting in some much needed internet time at the Public Library then we're going to explore the city. Tomorrow we're playing a house show up in Seattle with a duo from Amsterdam. Looking forward to checking out Seattle too.

My apologies for the ultra-long post. Too much time sleeping in cow paddy’s without internet.
See you soon,