I can’t believe we’re half-way through September. I’m still trying to figure out where June went, not to mention July and August.

We had a crazy-busy summer including a 5-day road drip to Cape Breton Island (basically straight there and back), our first music festival (as hired musicians) up in Thunder Bay plus a small-but-mighty Ontario tour.

Being that we were gigging so much, it didn’t leave alot of time for working on Miss Winnie (sad face here). We finally finished gutting the interior (fully, completely) and removed the many layers of the old rotting roof. She remained a convertible for most of the summer, but we’ve been back down to the farm a few times in the last couple of weeks and she’s sporting a brand new plywood roof. The rubber membrane has yet to be applied, but this was a pretty major step. 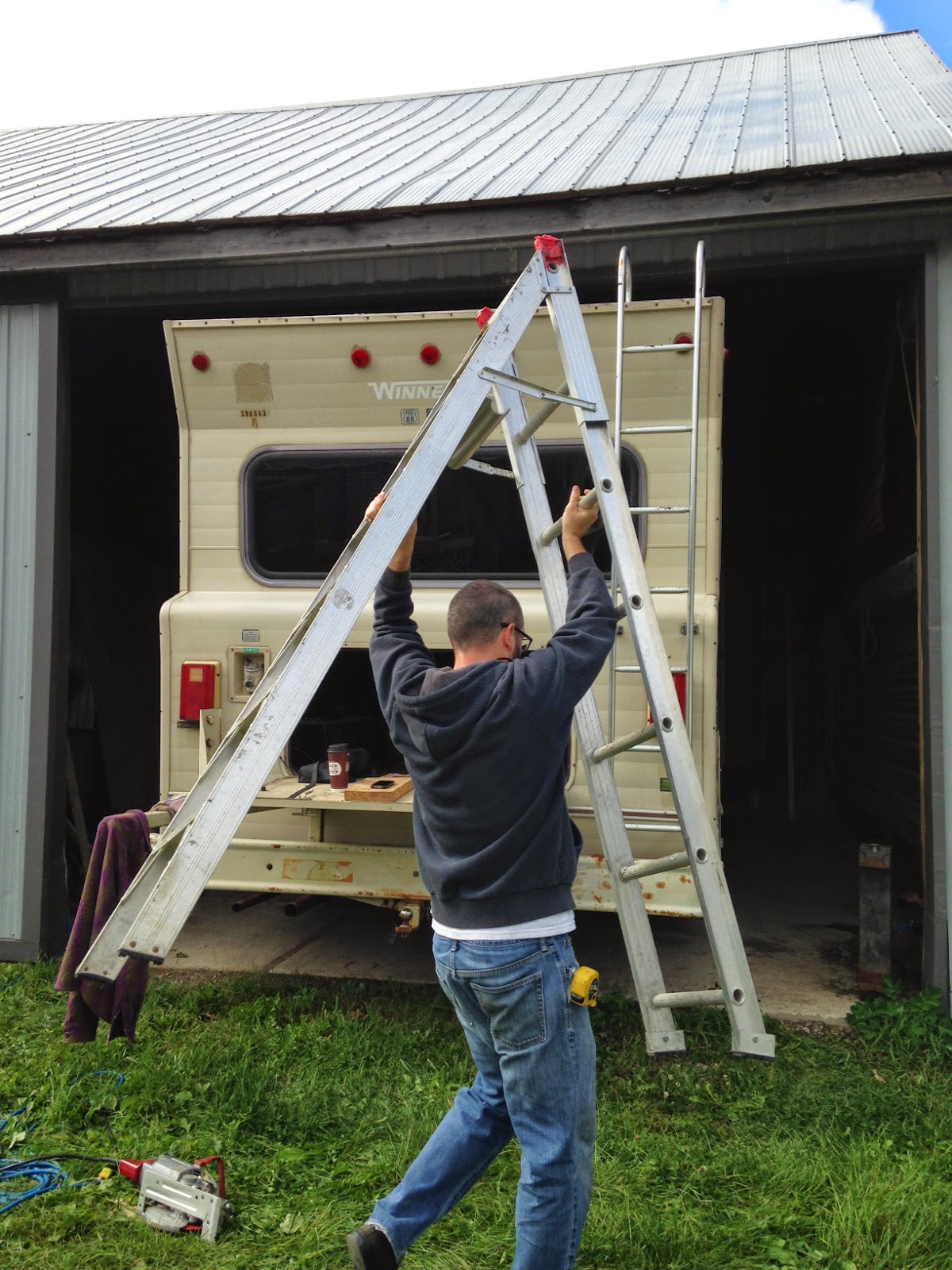 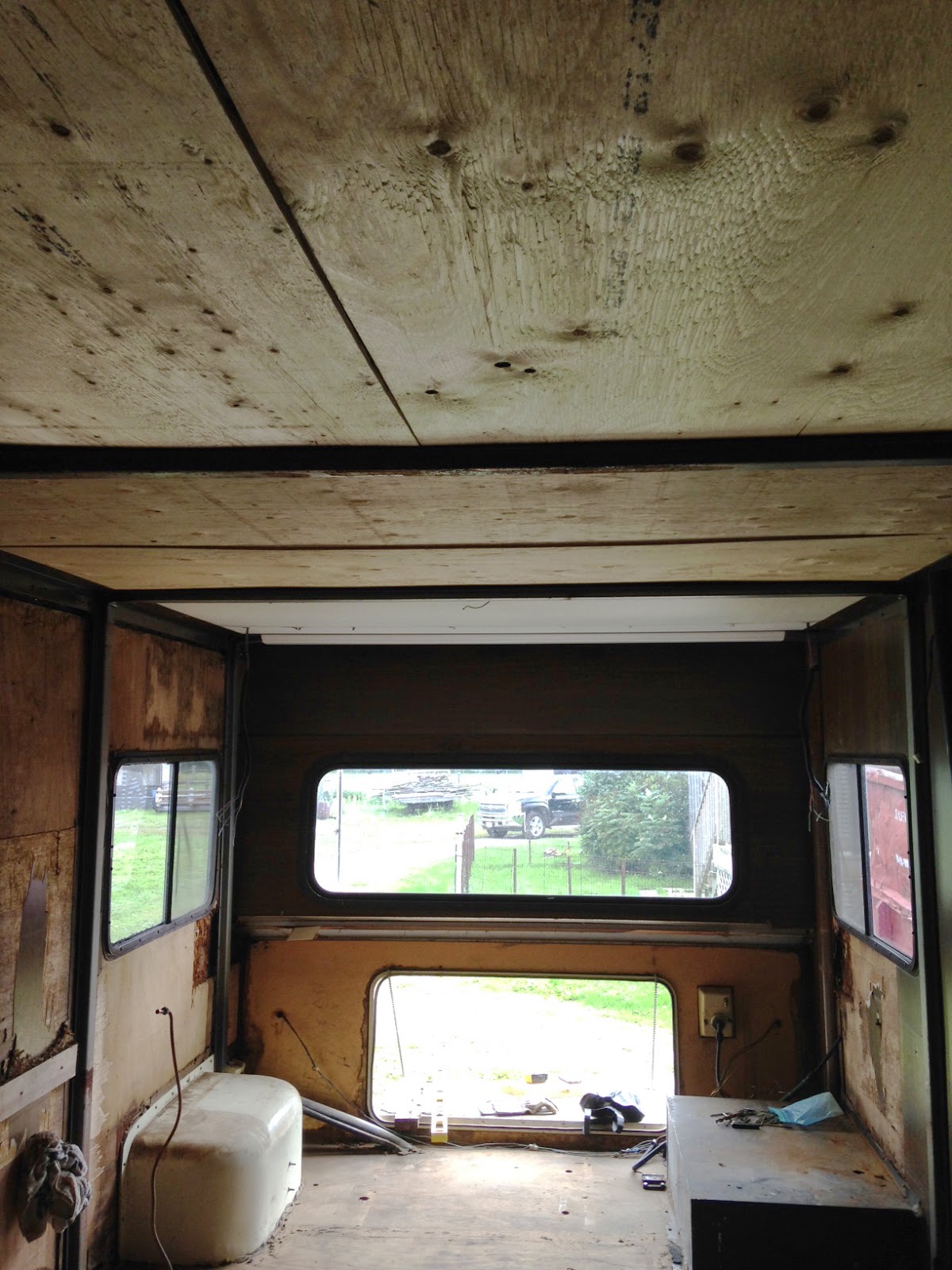 The plywood has only been cut and laid into place, not secured yet - but progress none the less! 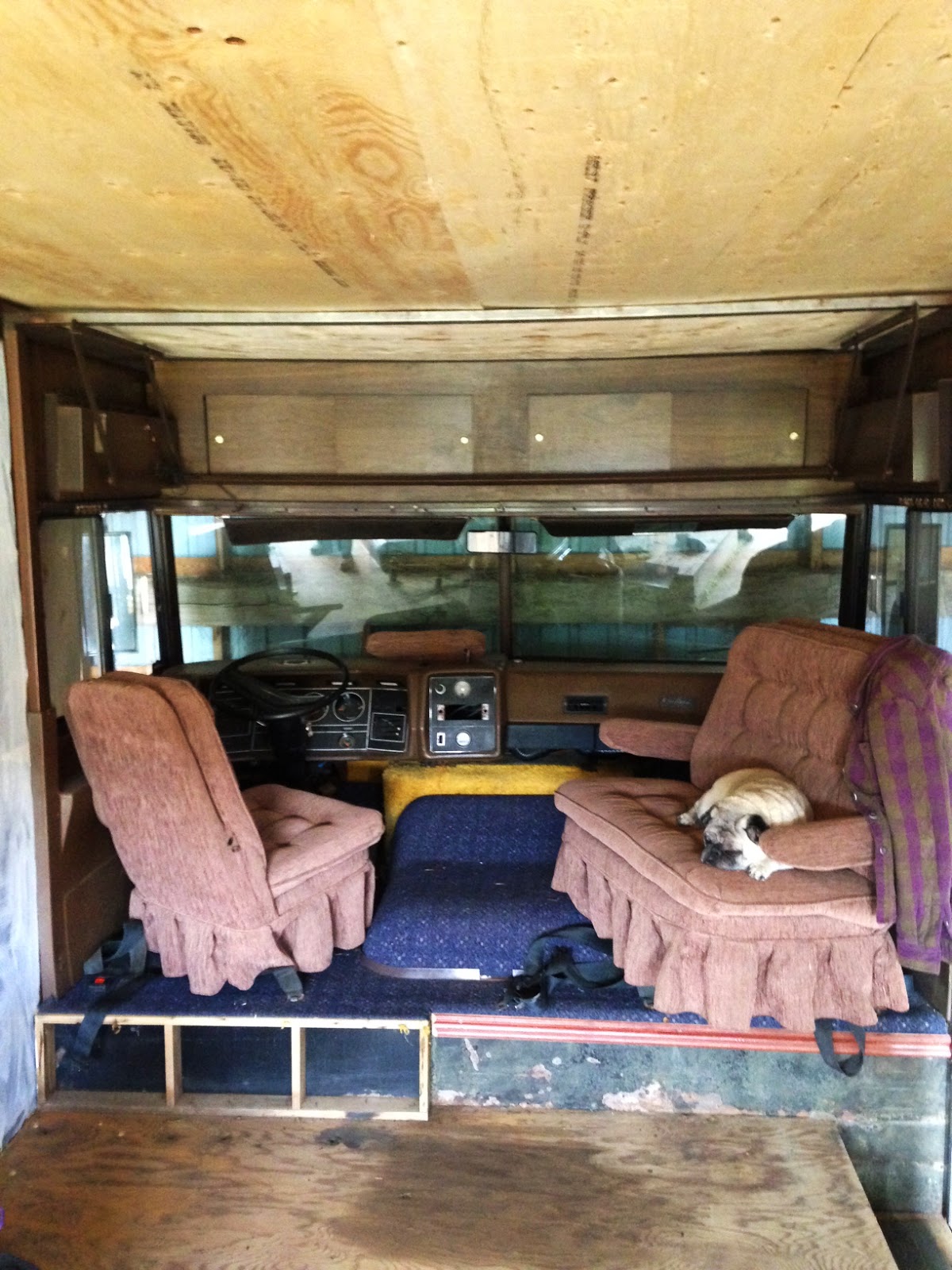 Hank has already claimed his spot.
Those chairs will be re-covered, not down with the dusty rose or the ruffles. 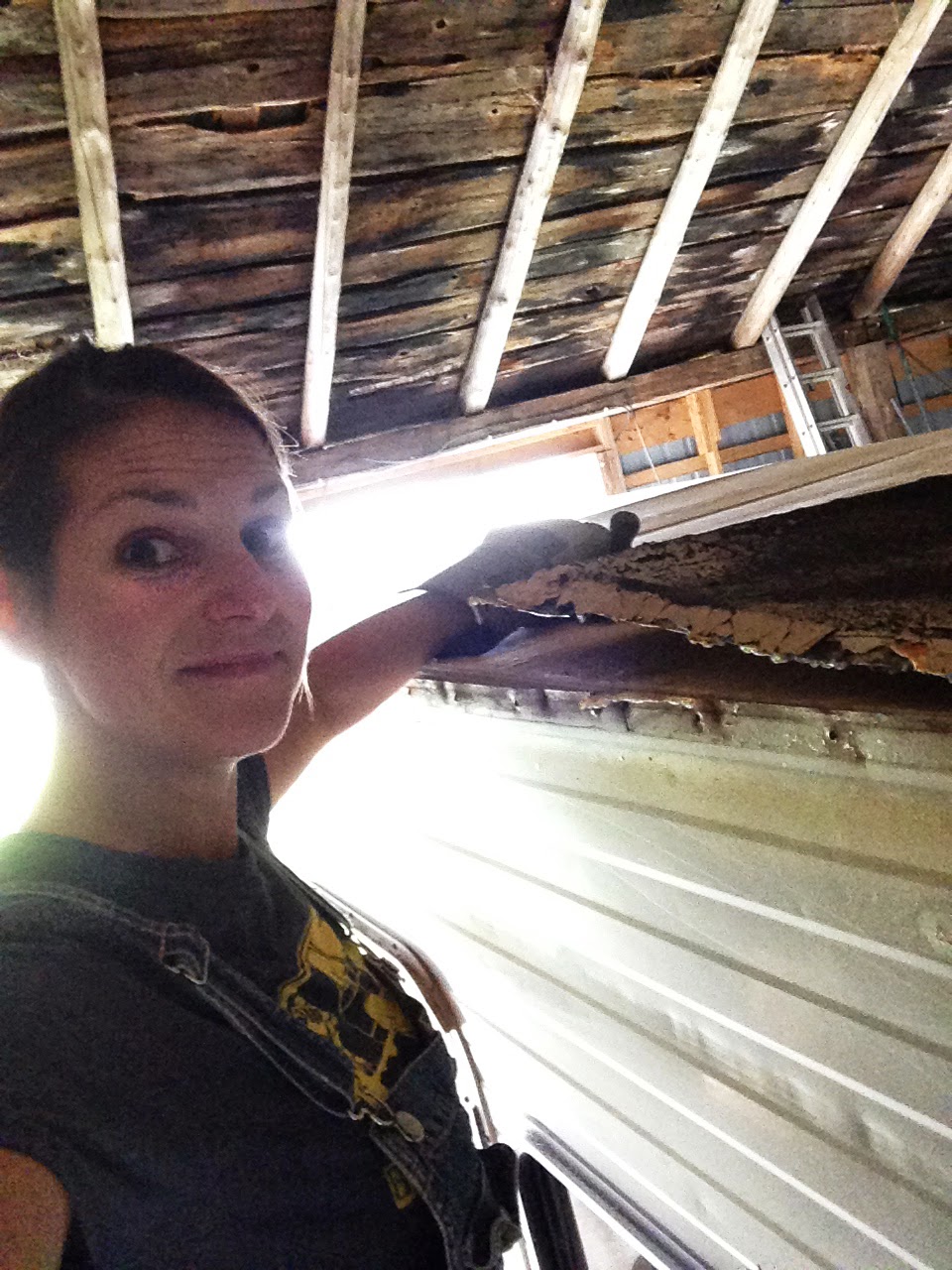 Helping out with the roof, before getting called out for taking a selfie (in overalls no less).

We're hoping to have the drive lines inspected and wheels back on by Thanksgiving - when she'll hopefully be making her migration up to Oro to spend her winter in a lovely horse arena - and will receive the major interior work.